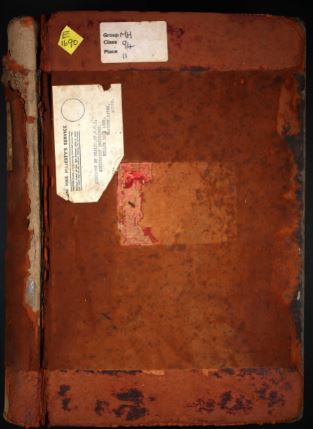 Column 1: No. In order of Admission

This was simply the order the patient came through the door and became their patient number ‘for this stay’. Upon Re-admission, a patient would be issued a new patient number.

Self explanatory. Listed in the admission books alphabetically by first initial of Surname.

An indication of sex. Note that some records also have a Private M./F. column for private admissions. Sometimes the ‘pauper’ column is completed for Private patients too if the Private column doesn’t exist and a note is written underneath.

The date on which the patient was admitted in to an Asylum.

Column 6: Date of Discharge or Death

The date when discharged, or date when they died depending on next column indicators.

Discharge reasons: Recovd. / Reld. / Not Impv.
Very often patients are moved between asylums, this is a very common occurrence.

An indicator in this column simply states the patient DIED and the Discharge date is date of death.

Sometimes you will see hand written notes within the records. It is common for notes to be written BELOW the patient entry, any notes above the name will belong to the patient above.

Something else that may be seen (this is not a hard rule) a ‘c‘ in the M/F column means that the patient is still a criminal. The example below is for Tottie Fay, who was a criminal declared insane whilst still in prison.